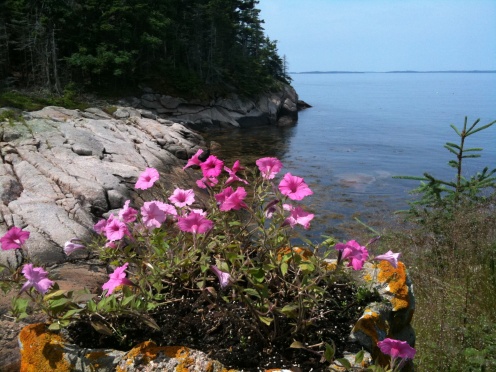 1. What Do You Know? A Civil War Pop Quiz.
By Megan Kate Nelson | Disunion :: The New York Times | June 4
“Where was the westernmost battle of the Civil War fought? Who issued the first Emancipation Proclamation? Who burned Atlanta?”

2. Three Steps on Perry’s Comeback Trail
By Ross Ramsey | The Texas Tribune | June 4
“The road ahead of Rick Perry is a difficult one, but it’s not that complicated. And the number of candidates running for the Republican presidential nomination helps him more than it hurts. If he can take care of three things, the former Texas governor will still be a presidential candidate at the start of 2016.”

3. Don’t Overthink It, Less Is More When It Comes to Creativity
By Jessica Schmerler | Scientific American | May 2015
“If the cerebellum plays a role in creativity, it could alter our understanding of how the brain functions.”

5. Paris Saved by a Bullitt
By Sam Roberts | Snapshot :: Foreign Affairs | June 2
“[O]n this 75th anniversary of the Fall of Paris, a close reading of [U.S. Ambassador William Bullitt’s] private papers, many of which have never been available to biographers before, and the personal accounts of several of his most intimate confidants, demonstrate conclusively that the characteristics that grated most on his critics — his cavalier cocksureness, his ambition, his relentless fraternizing with the French, and his unflagging faith in America’s global obligations — were exactly what the moment demanded.”

6. Grim History Traced in Sunken Slave Ship Found Off South Africa
By Helene Cooper | The New York Times | May 31
“The story of the São José, like the slave trade itself, spanned continents and oceans, from fishing villages in Africa to sheikhdoms where powerful chiefs plotted with European traders to traffic in human beings to work on plantations in the New World.”

7. Turkey’s Erdogan challenges opposition to find his golden toilet seat
By Humeyra Pamuk and Nick Tattersall | Oddly Enough :: Reuters | June 1
“Irritated by accusations of lavishness, Turkish President Tayyip Erdogan has vowed to resign if the leader of the main opposition can find a single golden toilet seat in his vast new palace.”

8. The Wife Bonus Is Imperfect, But It’s Not Prostitution
By Phoebe Maltz Bovy | New Republic | May 31
“It doesn’t suddenly become a form of prostitution if, temporarily or even permanently, the female partner in an opposite-sex relationship is the substantially lower earner, or is not working outside the home.”

9. How Katharine Hepburn Became a Fashion Icon
By Amy Henderson | Smithsonian.com | May 2015
“Hepburn was part of the post-suffrage generation of women, and her screen persona resonated with that generation’s modern spirit of independence. Despite RKO’s determination to brand her otherwise, Hepburn succeeded in inventing herself.”

10. For Incarcerated Japanese-Americans, Baseball Was ‘Wearing the American Flag’
By Michael Beschloss | HistorySource :: The New York Times | June 2014
“By 1943, when some of those in the relocation camps were allowed to volunteer for war service, some of the ballplayers joined the Army’s almost all-Japanese-American 442nd Regimental Combat Team, which suffered grievous casualties in Europe and came to be called the most decorated military unit in American history.”